DARK: An elite corps dedicated to preventing terrorism … and finding happily ever after
The DARK Files, Book 5 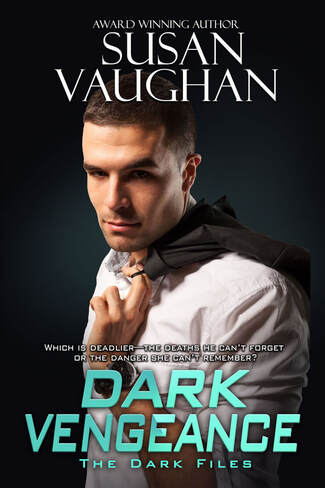 “Action-packed ... a fast-paced read with a great, hot romance between
two people who couldn't be more mismatched.” – RT Book Reviews

“An edgy suspense woven with betrayal, secrets
​and a passion hot enough to burn your fingers.”
​– Romance Junkies

Digital & Print - Amazon
Print Only - Barnes & Noble - IndieBound
​
Which is deadlier—the deaths he can’t forget or the danger she can’t remember?​
DARK Officer Jack Thorne joined the antiterrorism task force for one reason only—to exact revenge on the smuggler
responsible for the tragedy that haunts him. Vacationing in Italy, Sophie Rinaldi overhears her host plotting
to sell weapons-grade uranium to terrorists. She flees, but the man’s car strikes her. She ends up in the hospital,
the last crucial weeks erased from her mind—and still a target for murder. Whether Sophie is an accomplice or merely a witness, to find out what she knows,
Jack must keep her safe. As Sophie and Jack race to stay ahead of hired killers, they find it impossible to deny their growing attraction.
Jack is torn between his longing for Sophie and his pledge of vengeance. And how can Sophie fall for this tormented man who doesn’t trust her?
If she regains her memory, what she knows could destroy them both…