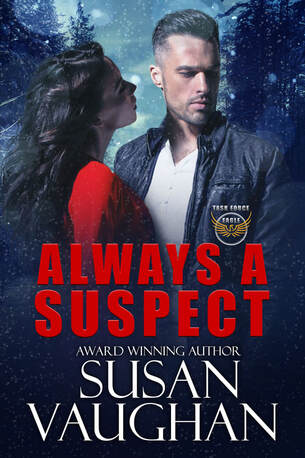 "An intriguing blend of suspense and sizzle--
​this one's a winner!" --Jean Brashear, NYT bestselling author

Digital and Print -  Amazon​
Print Only - Barnes & Noble - IndieBound
Is she a criminal or a victim? Or both?
After the deaths of two husbands and a fiance, Claire Saint-Ange is branded the Widow Spider in her coastal Maine town.
Tormented by threatening phone calls and desperate to prove her innocence, Claire hires a P.I.
But her attraction to the rugged investigator poses an even greater threat. She can't risk losing someone she cares about ... not again. Never again.

Two tragic losses cause federal agent Michael Quinn to submit his resignation, but he's forced into one last gig--
spend Christmas investigating the widow's connection to her last husband's drug smuggling.
Uncovering this lovely, mysterious woman's darkest secrets should be just an assignment,
but her gentle soul and  passion break down his walls and make him long to believe in her innocence.

The frozen Maine landscape, deadly attacks, and shocking revelations test Claire and Michael at every turn--
​but it's the blazing desire between them that threatens their very lives.

Excerpt from Always a Suspect: