DARK: An elite corps dedicated to preventing terrorism … and finding happily ever after
​The DARK Files, Book 1​​ 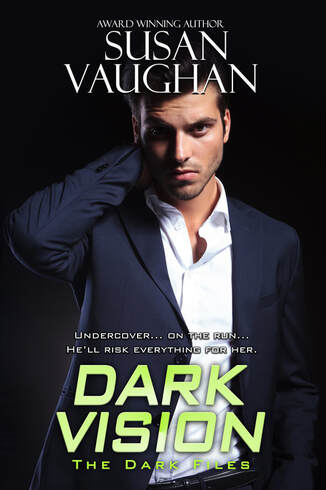 ​​Undercover...on the run...he’ll risk everything for her.
After an eye injury sidelines Matt Leoni, he goes undercover in an embassy but must work with Nadia Parker, a documentary filmmaker who believes he betrayed her in the past.
When a bomb explodes, security accuse them. On the run, they burn for answers and for each other.
​A plan to foil the traitor’s plot could place Nadia in the crosshairs, and time is running out.
​
Digital & Print - Amazon​
Print Only - Barnes & Noble - IndieBound