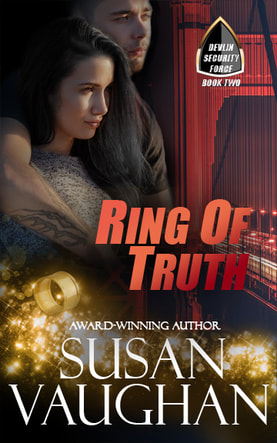 "With a puzzle that intrigues and a couple that sizzles, Ring of Truth is
the perfect combination of romance and suspense.
​I couldn't turn the pages fast enough!"—Kylie Brant, bestselling author of 11.

A man in the shadows… As the infamous thief known as the Jeweler lay dying, he gave his son, Cortez Jones,
a puzzle piece that will lead to a cache of crown jewels. Recovering the loot could finally get the FBI off Cort’s back,
but the only person who can help him is a DSF researcher who blames the Jeweler for destroying her family.
Forming an uneasy alliance with her, Cort finds her courage and tender heart make him want more than riches or redemption.

A woman in the light… When Mara Marton’s insurance investigator father was accused of conspiring with the Jeweler,
the scandal ruined him and led to his death. Now the jewel thief’s son wants her help.
Although sharing her research expertise and her father’s files with this sexy ex-con could prove her father’s innocence,
how can she trust that Cort doesn’t want the treasure for himself?

Time is running out… The puzzle piece brings Cort and Mara together, but danger and secrets threaten to tear them apart.
sparks fly as they struggle to trust one another and recover the jewels before they are claimed by the deadly black-market syndicate Centaur.
But with their lives—and their hearts—on the line, there’s no turning back. 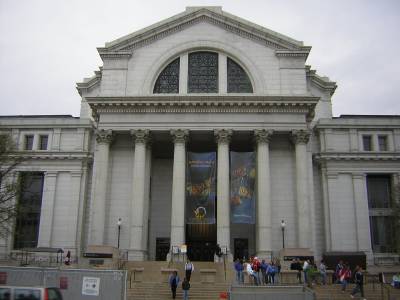 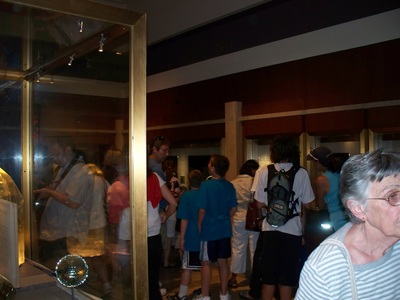 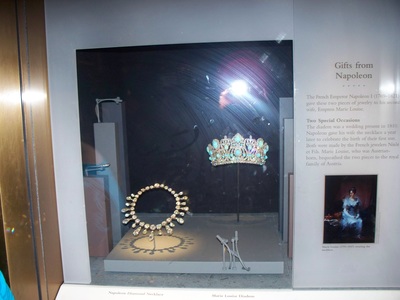 Left, The Smithsonian Museum of Natural History in D.C. Middle, in the Janet Annenberg Hooker Hall, Jewel cases and too much crowd, and right, Napoleonic crown jewels, the models for the Gramornian crown jewels in the book. 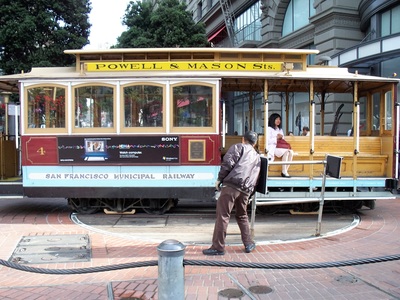 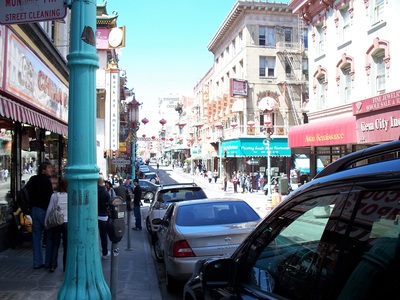 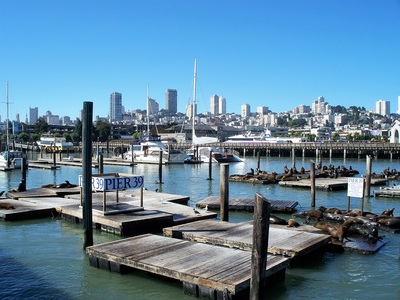 Pictures of San Francisco, one of the locations in the book. A cable car being rotated. Chinatown. Fisherman's Wharf, complete with sea lions.